Celtic ERA – when druids of the Highlands ask for a dance

With Celtic ERA, Eduardo Tarilonte once again takes you to a fascinating journey through time. This time, he travels far north to the roots of the Celtic culture. These sounds have been played in the green vastness and the high mountains of Ireland for ages and are now available at your fingertips with Celtic ERA.

Whenever the unmistakable flutes are heard, they’ll magically enchant our dreaming minds with pictures of the green island and its majestic Nordic mountains. Hence, Celtic ERA is the pick of the bunch for film-scores and background music for television documentaries taking place or being settled in this region. Whether historical or fictional background, the authentic sounds of Celtic ERA will raise the power of the pictures to a new level. 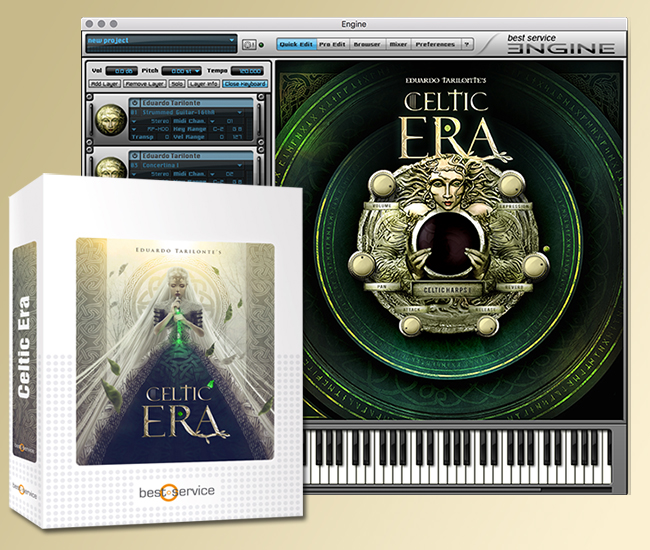 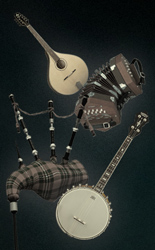 For Celtic ERA, Eduardo Tarilonte has recorded 23 brass-, string- and percussion-instruments in full detail and with immaculate quality. Find catchy flutes, dreamy harps, the famous Uilleann Pipes and the indispensable Bodhran drums. To achieve an even greater variety, some sounds were created by recording two different instruments of the same kind. This allows you for example to play a harp duet with different sounding instruments.

In addition, authentic phrases were recorded as MIDI-patterns as well as inspiring soundscapes. Naturally, the instruments are offered in all of their typical articulations with an added true legato function. 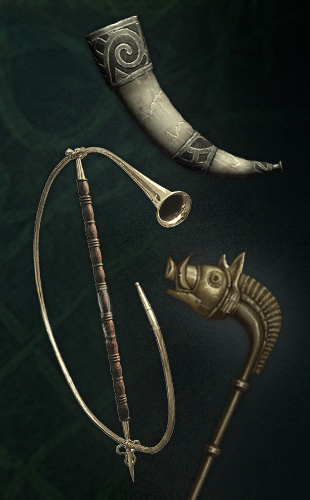 Instruments from the Bronze Age

A true highlight of this library are three additional instruments, unheard in any previous sample library: Cranyx, Cornu and War Horns already existed in the bronze age. These instruments allow you to tap into unexplored sonic worlds.

The instruments of this nearly 18-GB-heavy library (consisting of more than 18,000 samples) are elaborated multisamples (24 bit/ 44,1 kHz) with several dynamic graduations, various articulations, round-robin- and real legato-samples as well as dedicated glissando samples.

Celtic ERA transfers the sounds of the far north, that have been preserved until this day from long ago, into today’s DAW-based production environment. The Engine Player's carefully programmed user interface makes working with this library really easy, allowing musicians to be inspired by the libraries' sounds to fully unfold their creativity. 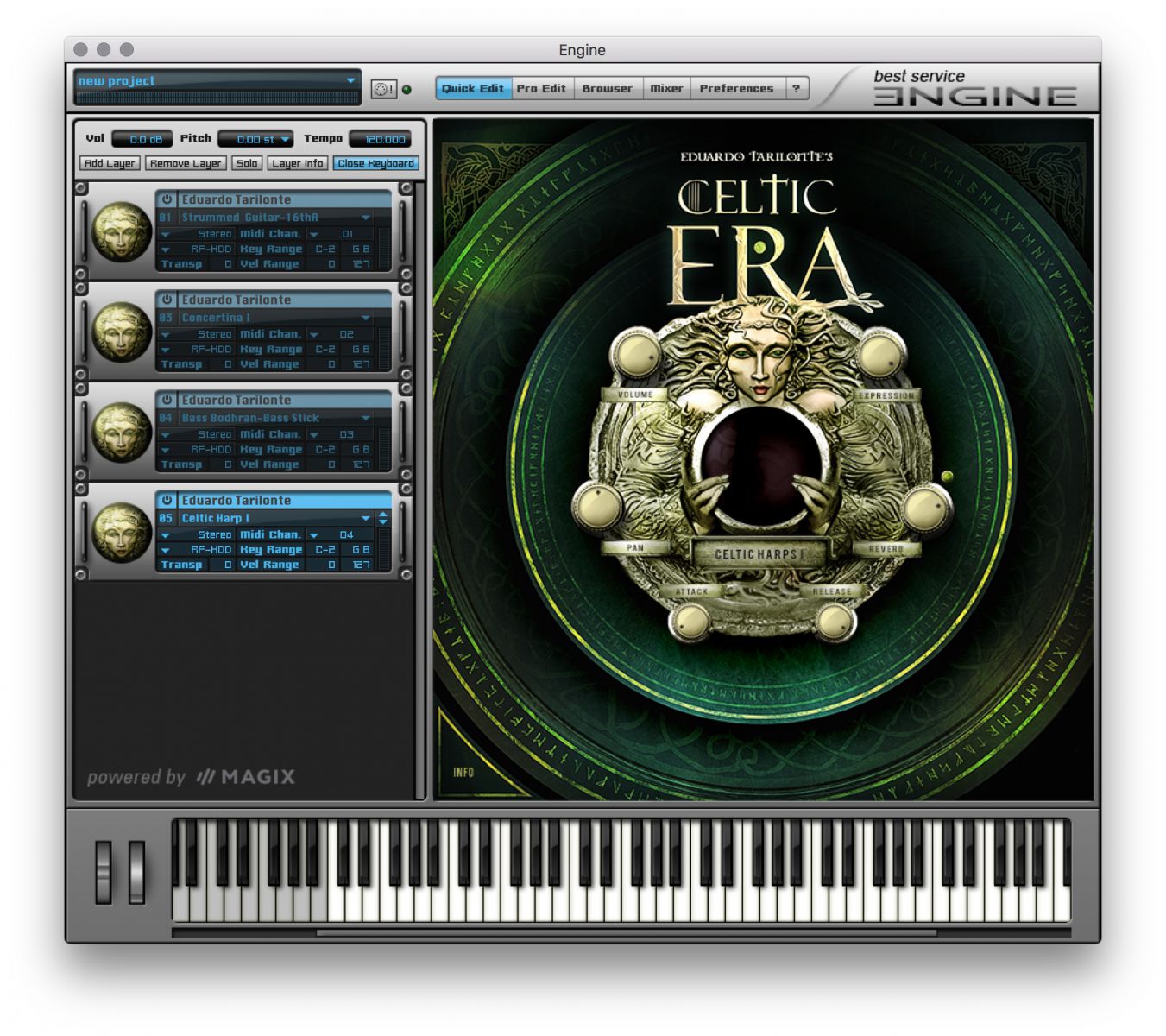 Who is it for?

Celtic ERA is suited for different purposes and musical applications and styles. Its spectrum ranges from traditional scoring with authentic sounds, to fantasy games and movie soundtracks and even beyond to the new age genre.

The sounds of Celtic ERA are completely unique and cannot be found in any other library. The outstanding selection of instruments, the MIDI-patterns and soundscapes provide you with an extensive collection with no sound left to be desired. 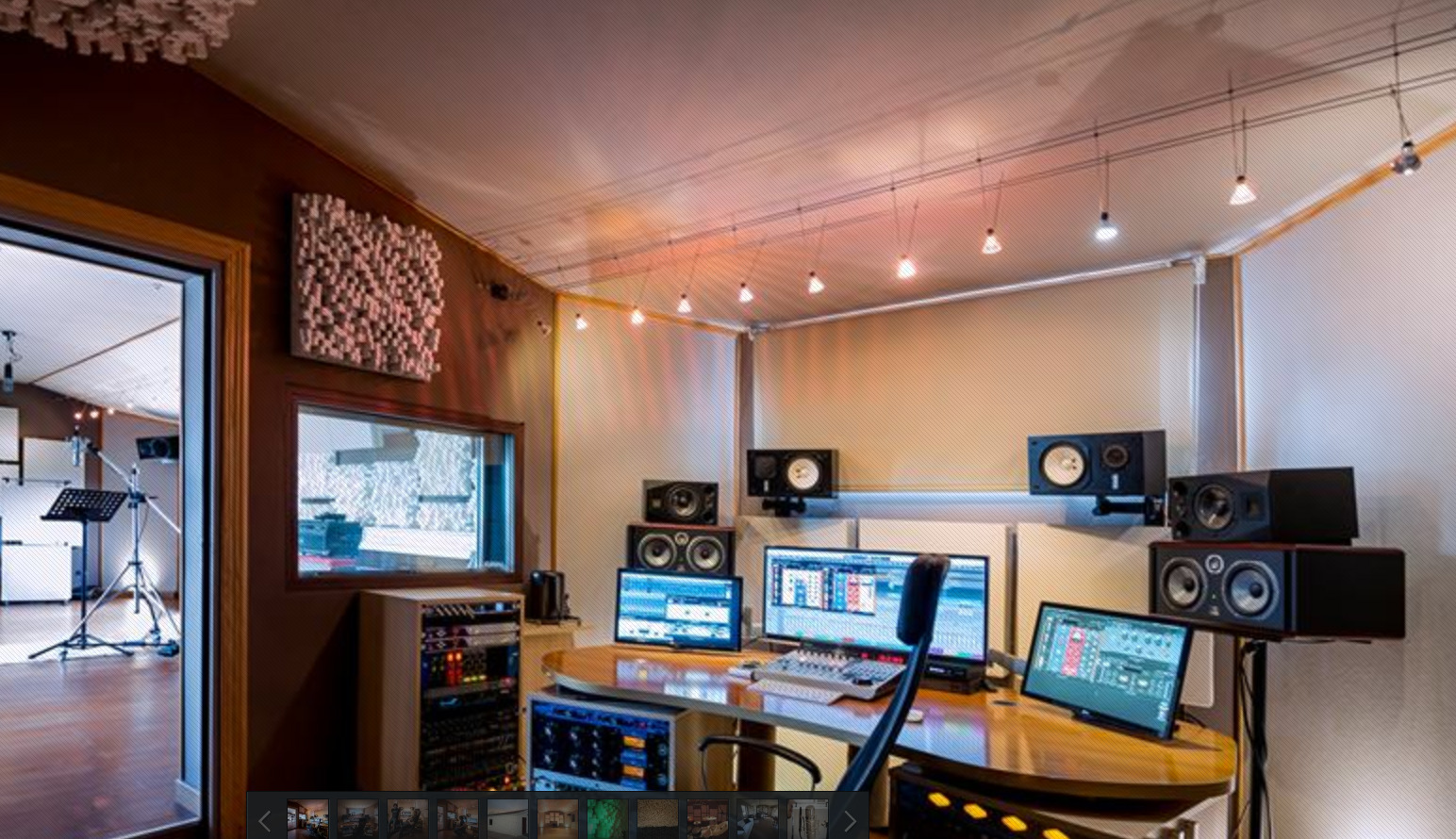 All instruments were recorded using selected Kahayan U47-microphones into preamplifiers by the same manufacturer. Miking was carried out intentionally close and thus without room detail. This procedure offers full control over the subsequent sculpting of the sounds and effects. Therefore, the sounds of Celtic ERA can be combined with Eduardo Tarilonte’s others libraries without any difficulty.

Best Service ENGINE 2 Sample Player is included with this product!

An internet connection is required to authorize / activate the product.